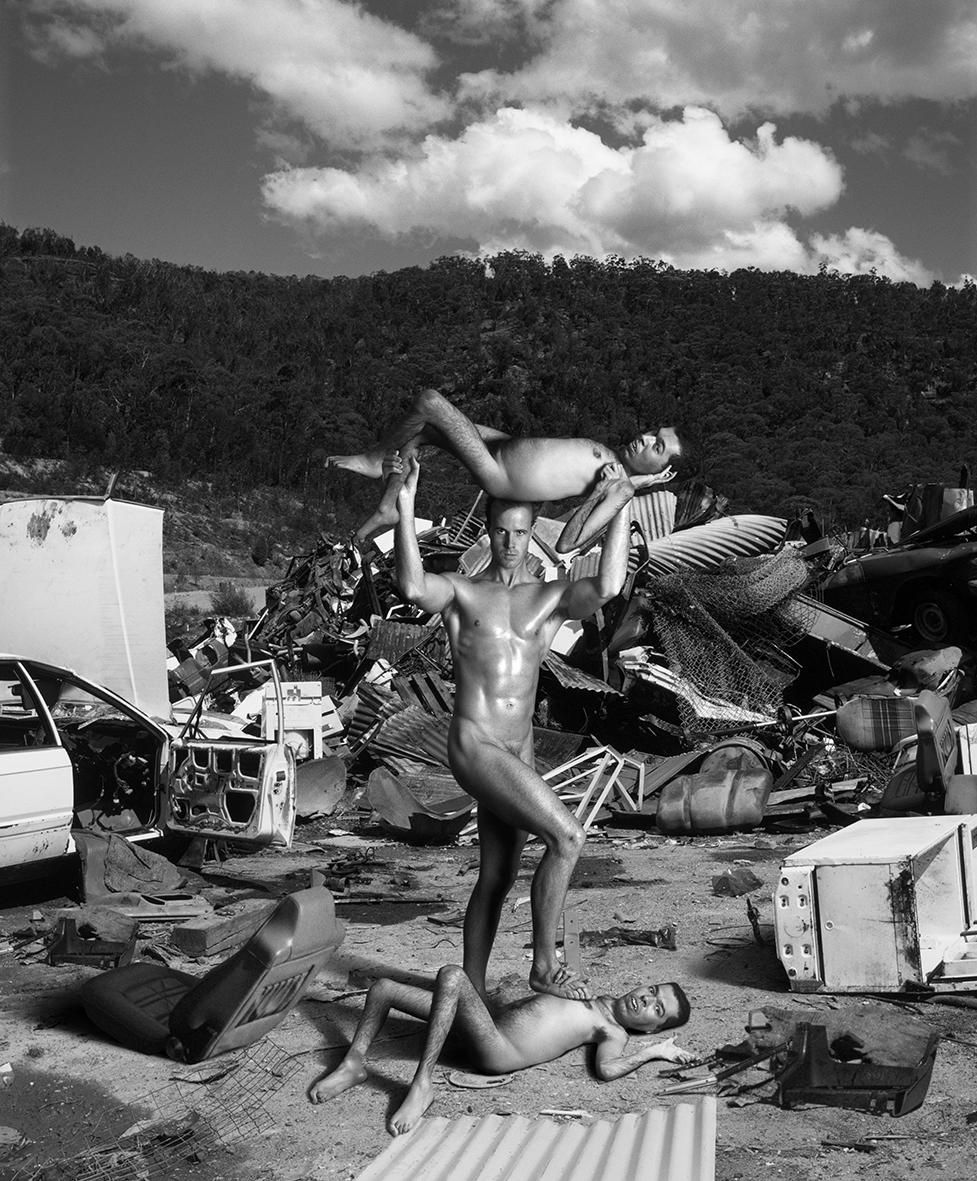 The Co – creator ‘Friend or Foe’, George Taleporos is a 26year old consultant and academic with a disability called Spinal Muscular Atrophy. He has first class honours degree from Monash University, specialising in psychology and sociology and a graduate diploma in educational psychology. He is currently undertaking a PhD in psychology at Deakin University where he was awarded a postgraduate scholarship. His area of research is physical disability, sexuality and body image. George also provides training and public lectures in disability awareness. He has delivered keynote addresses at both state and national disability conferences and has been published in a recent book called ‘Sexual Positions; An Australian view’ and in international journals including ‘Social Science and Medicine’ and ‘Journal of Sexuality and Disability.’

Gordon Sloan appeared as a contestant on the Australian Big Brother television series in 2001.  George, an avid fan of the show, and of Gordon himself, chose to approach Gordon to model in the role of the ‘masculine ideal’. Upon receiving the proposal, Gordon was attracted to the theoretical depth that he felt the image represented.  As a student of animation, the project also appealed to him academically. Gordon said: ‘It is important to me that I support schemes of this caliber. It was a refreshing change from the capitalist hypersurface of meaningless advertising.’ Gordon died mysteriously in China in 2007. Since participating in Intimate Encounters, Gordon became peace activist and humanitarian worker and was part of the ‘human shield’ in Iraq during the US-led Iraq invasion. His work supported an orphanage in Kenya.

Body image is the combination of an individual’s psychological experiences, feelings and attitudes that relate to the form, function, appearance and desirability of one’s own body (Taleporos & McCabe, 2002). A person’s body image is influenced by personal experiences and social factors. The body image concerns of men, and especially those of men with disabilities, have been given little attention.

The struggles that men face in feeling positive about our bodies can be understood from a sociological perspective. Published in 1963, by Erwin Goffman, Stigma: Notes on the Management of Spoiled Identity, provided the first detailed sociological discussion on the social aspects of disability. Goffman built his theoretical discussion around the concept of stigma that he defines as “an attribute that is deeply discrediting”.

In explaining the process of stigmatisation, Goffman wrote:

While the stranger is present before us, evidence can arise of his possessing an attribute that makes him different from us … of a less desirable kind … He is thus reduced in our minds from a whole and usual person to a tainted, discounted one. (Goffman, 1963, p.12).

According to stigma theory, when a person with a physical disability meets a stranger, the stranger immediately becomes aware of the person’s ‘discrediting attribute’ i.e. the physical impairment. The impairment results in ‘stigma’, and the stranger makes many other attributions about the person based on this one attribute. These attributions may include that the person with the physical disability is unattractive, impotent, unemployed, or unworthy. The person may be immediately discounted as a possible lover or friend. Hence, the disability becomes an all-permeating, overwhelming classification that obscures all other personal characteristics, skills and abilities (Dovey & Graffam, 1994).

The stigmatisation process impacts on body image because acceptance by others should lead to the acceptance of oneself (Smith, 1984). It is likely that people whose bodies are devalued by society may devalue themselves, and these feelings may impact negatively on their body image. This is what the choice of a rubbish dump for my photo aims to represent.

Gerschick & Miller (1994) wrote specifically about men with physical disabilities as they investigated the conflict between disability and masculinity. Their paper “Gender Identities at the Crossroads of Masculinity and Physical Disability” highlights the problematic nature of hegemonic masculinity.

According to the authors, two sets of social dynamics converge in the lives of men with physical disabilities: the demands embodied in hegemonic masculinity and the stigmatisation that is associated with our physical impairment:

On the one side, hegemonic masculinity privileges men who are strong, courageous, aggressive, independent, self-reliant, and career-oriented. On the other, society perceives and expects people with disabilities to be weak, pitiful, passive, and dependent.” (Gerschick & Miller, 1994, 34)

I have had first-hand experience of what these sociologists described. I have lived my life in a body that is very different to how a man’s body is supposed to look, especially when compared to the ‘ideal’ as it is represented in the media and on the sports field. My body has taught me about myself, about others and about the society I live in. Participating in Intimate Encounters, and producing my image ‘Friend or Foe’ was an opportunity to pass on what I have learned, by presenting my experience in a photograph.

In my image I say something that I could never put into words but I did try in this quote that accompanies my image. I’ll share this with you and then I will extend upon it a little.

“Is my body the antithesis of the masculine ideal? How do we treat the trash in our visual landscape? Do we toss it in the dump or do we use our greater strength to lift it into the sun and the blue sky above? Would you choose to lift me up and be my wings or will you crush my spirit and leave me in a heap of garbage to rot?”

I invite the audience to “Come into my world”.

“I hope you don’t mind,” I tell them, “the place is a bit of a mess. Lots of old trash that nobody wants, old car seats, discarded iron roofing and broken-down washing machines, but I feel at home here. Don’t get me wrong, I’d like to be somewhere nicer. It ain’t all peaches living in a tip but sometimes, amongst all the smelly, ugly, useless mess, you come across something beautiful, something precious that should never have been thrown away.

“Lying here, amongst the trash, I wander what it would be like to be a trophy. You know one of the beautiful people that everyone wants to be around, that everyone fusses over, that everyone desires. What would it be like to go to a club, and take my top off to reveal a pair of chiselled pecs, big broad shoulders and a washboard stomach. Eyes of desire, lust and longing on me, admiring and captivated by my awesome physique. What would it feel like to be looked at with desire and not disgust.

“But that is but one side of me. Come up here, into the mountains, under the shining sun. This too is my place. This is where I make people smile, where I crap on and people listen and laugh at my jokes. This is where I love my body through all its quirkiness because it gives me life. In this place I achieve things that I never thought possible.”

‘Is my body the antithesis of the masculine ideal? How do we treat the trash in our visual landscape? Do we toss it in the dump or do we use our greater strength to lift it into the sun and the blue sky above? Would you choose to lift me up and be my wings or will you crush my spirit and leave me in a heap of garbage to rot? These are the questions that I wanted my image to pose. I knew that I was successful when it pained me to look at it. It was never my intention to create a ‘pretty image’.. Gordon looks great and I look like shit … Excellent!